At this time, Paolozzi was working on the leading edge of the relatively-new-to Fine Art medium of silkscreen printing.  This was facilitated by the expertise of Chris Prater and his Kelpra Studio. Chris’s greatest contribution probably lay in his prodigious skill with the knife.  As Richard Hamilton later commented: . . . ‘one only has to see the ‘As Is When’ series to appreciate Chris Prater is the greatest stencil cutter around’.   Eduardo enjoyed the collaborative aspects of working with Chris and his technicians, apparently valuing their contributions to the finished product – this being very much opposed to the traditional concept of the artistic genius working in splendid isolation and in sole control of his output.  Paolozzi was described as being a dynamiter, applying, a knee to the groin of genteel middle-class ideas about culture.  More than anybody, he was seen as having poured scorn on the romantic notion of the artist.  All his work – the sculptures which came together on the shop floor at Ipswich, as much as the graphics, realised for him by the skills of professional printers, was an indication of this attitude.
A significant aspect of the approach was the variation of colour for each image.  In the colophon sheet included with the prints in the Portfolio this is referred to: ‘The image is built up by multiple printings through a colour chart, the final statement in each case varying according to the programme of colour selection.  This is possible only by the use of precision techniques and photomechanical aids.’  Paolozzi and Prater had first experimented with this concept in the 1963 prints, Metallization of a Dream (second version) and Conjectures to Identity; in As Is When this was developed into a systematic routine such that no two prints of each image are identical.    According to Pat Gilmour – author of several excellent books on printmaking – Paolozzi achieved this by devising a permutation of no less than 88 colourways.
This meant, paradoxically for a so-called’ mechanical’ process, that every image in each edition was unique, playing havoc with craft maxims about identicality.  With a resounding tinkle, the Guardian writer, (M. G. McNay), informed his readers that the secretary of the Printmakers’ Council of Great Britain ‘barely tolerated’ Paolozzi’s suite.  He also raised the stale Paris Biennale issue again, hinting that the British Council had been wrong to send only screenprints ‘in which photography was involved’ abroad and saying that in such matters, the Printmakers’ Council felt itself ‘more qualified to judge’.  This was typical of the constant barrage of uninformed critical writing that screenprinting engendered. 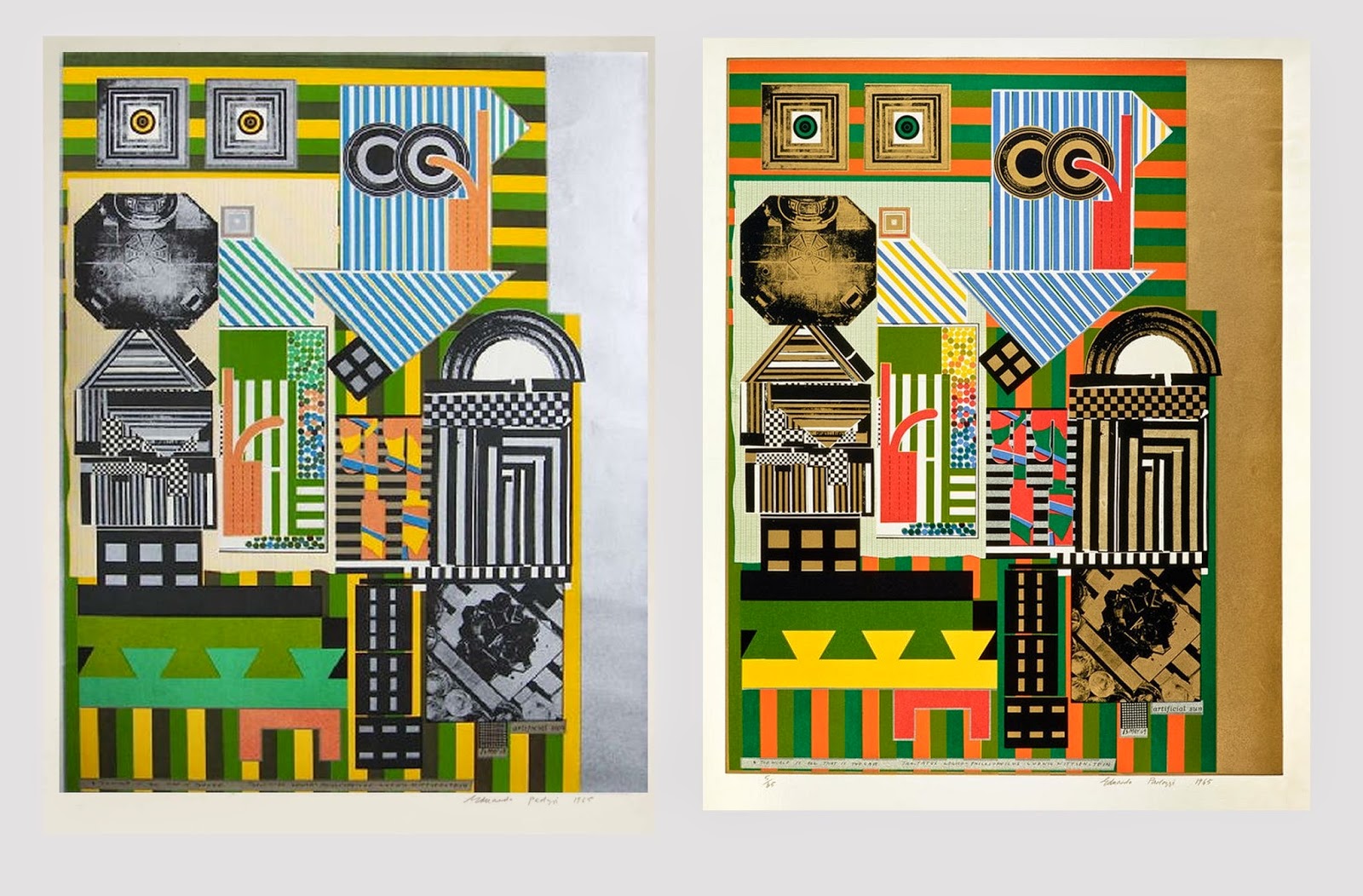 In February 1964, (the month in which The Beatles were recording Can't Buy Me Love), Paolozzi made a work-note:  collage called the artificial sun; series of collage based upon Wittgenstein precepts.  The resulting images, published the following year, comprise the As Is When suite of screenprints – a ground breaking masterwork.


At this time, Paolozzi was 40 and best known for his sculpture and involvement with the proto-Pop Independent Group in London in the mid-Fifties.  He had formed an interest in the Austrian philosopher Ludwig Wittgenstein in the early-Fifties and this developed significantly and with great personal empathy when he read Norman Malcolm’s Memoir, published in 1958.  Paolozzi found himself closely identifying himself and his art both with Wittgenstein’s philosophy and his, (problematic) life journey.  Initially, this resulted in sculptures such as Wittgenstein at Casino: the photograph below shows Paolozzi in 1964 in New York where this piece was on exhibition at MOMA: 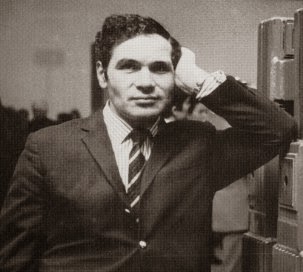 Artificial Sun is the first of the 12 prints (plus Poster) and is dated 13th May 1964.  It is one of the nine prints in the Suite based on Wittgenstein’s thinking; (the other three depict events/aspects of Wittgenstein’s life).  The incorporated statement: The world is all that is the case is a proposition from the Tractatus Logico-Philosophicus, the only work published, (in 1921), before Wittgenstein’s death in 1951.  In this reflection of his early philosophical thinking, Wittgenstein contended that a verbal proposition is a picture of reality.  So now consider the reality of Artificial Sun: