Editions Alecto had a four page ad in the December 1966 issue of Studio International, featuring As Is When: 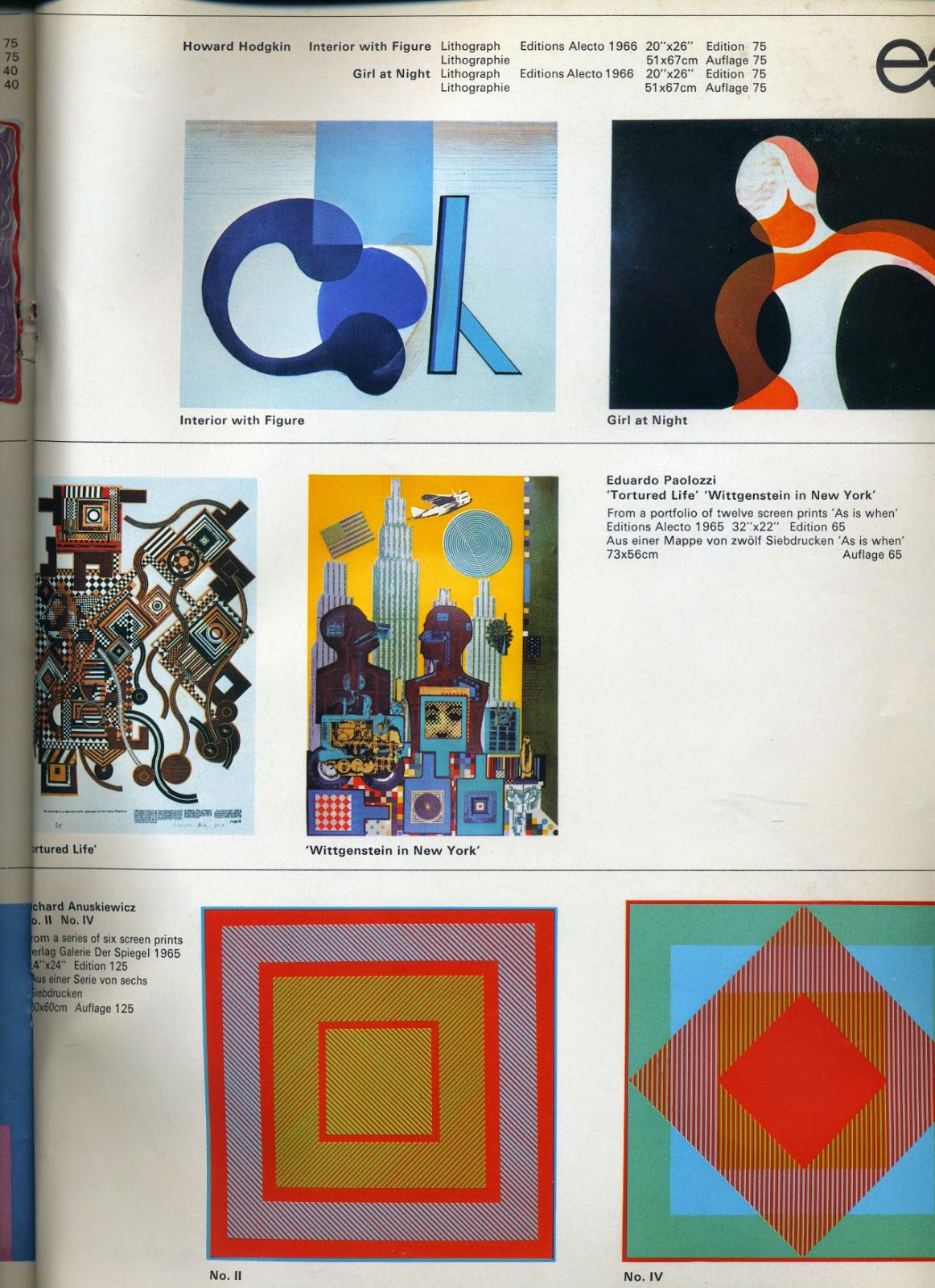 Here are the other 3 pages, illustrating the quality and depth of the Editions Alecto artist squad of the time! 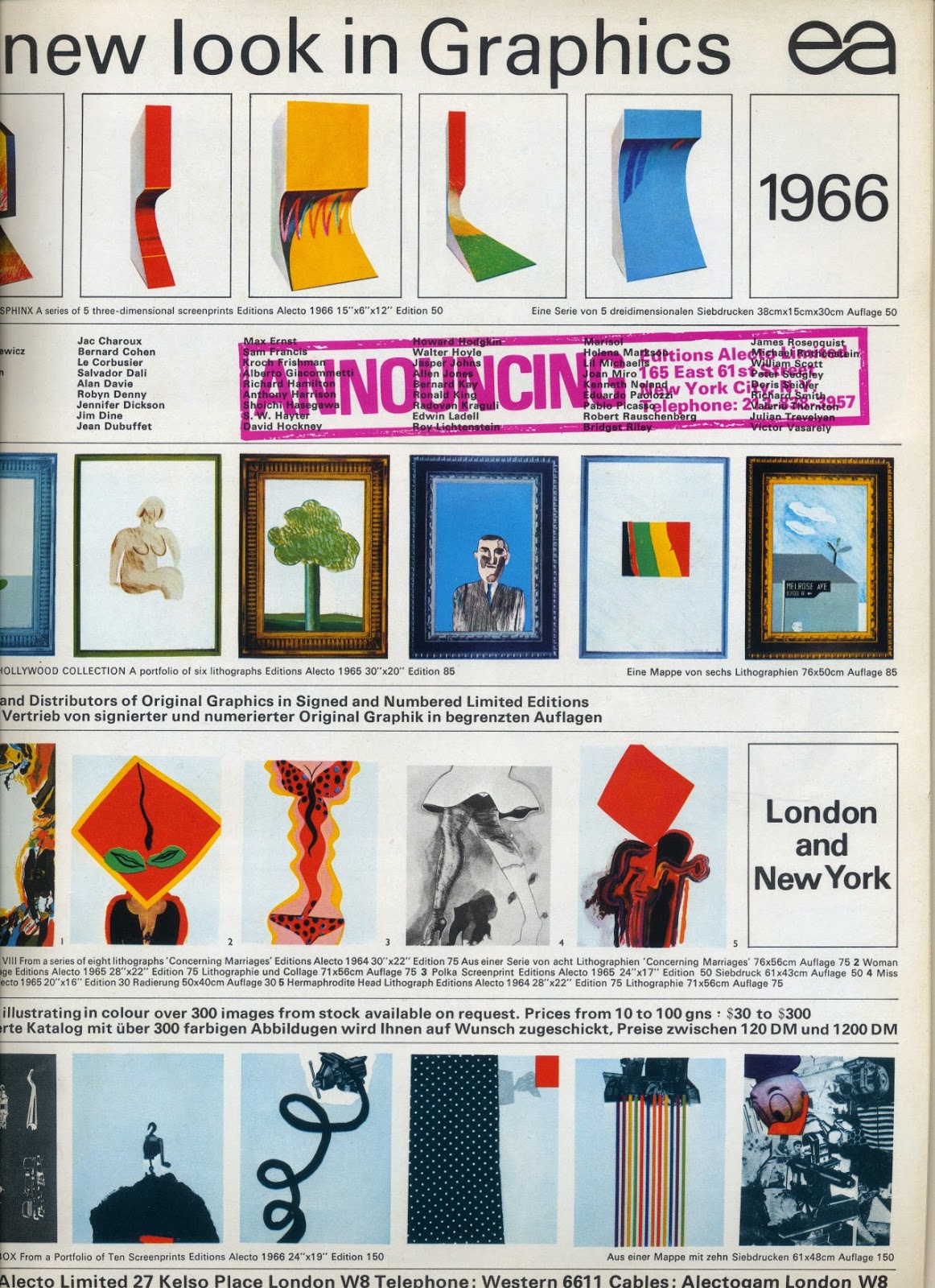 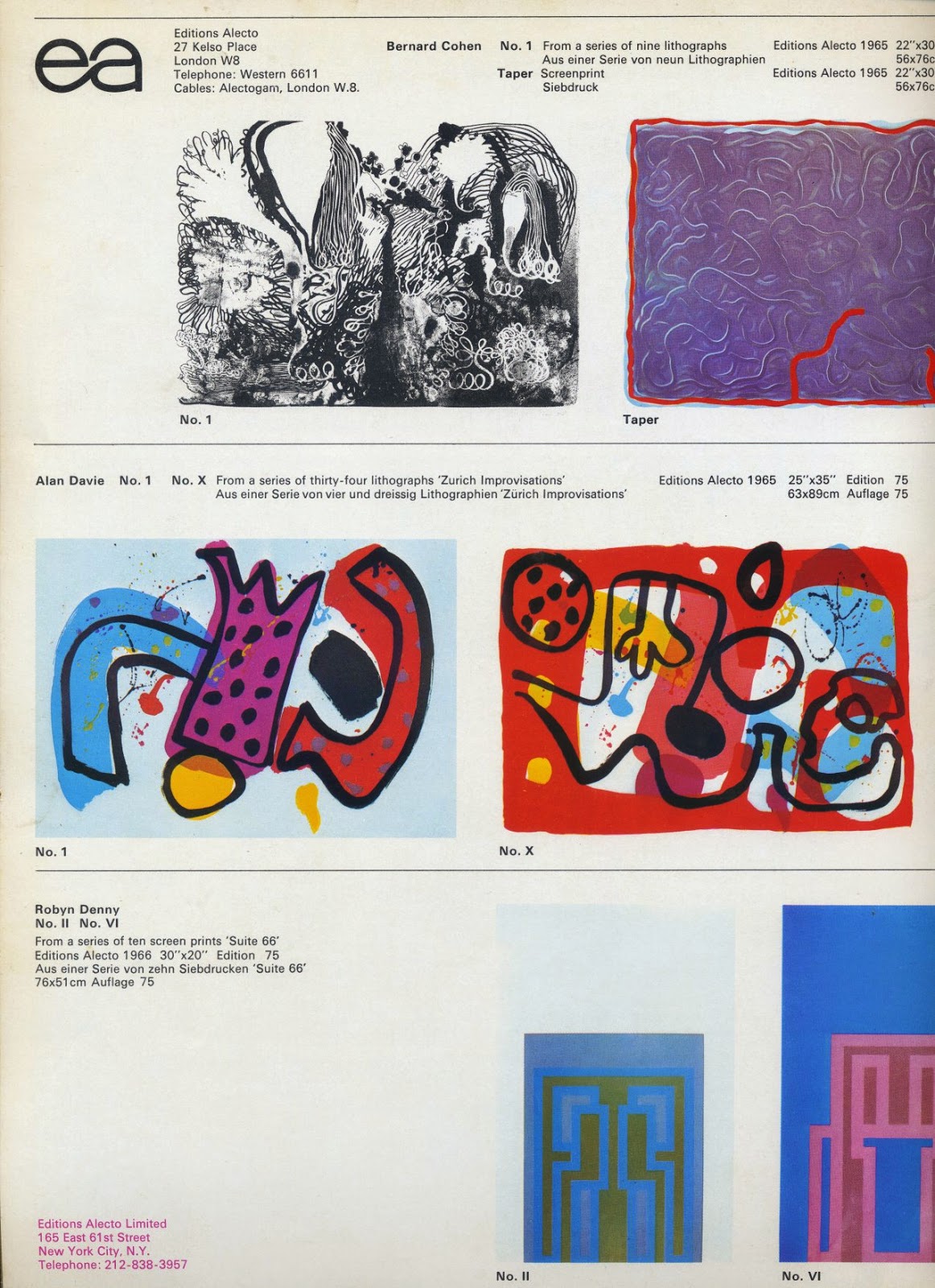 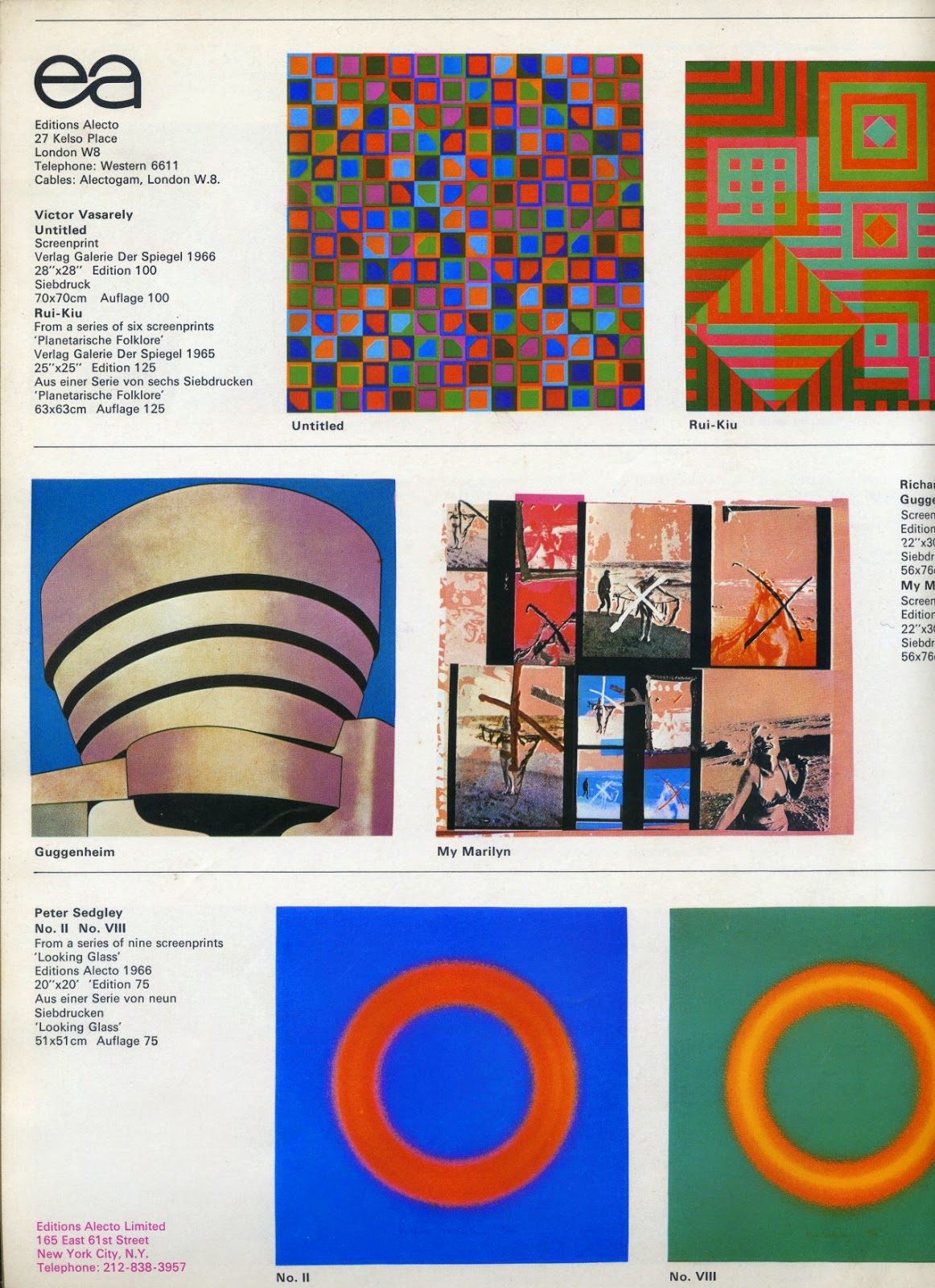 Experience is the third print in the As Is When suite. 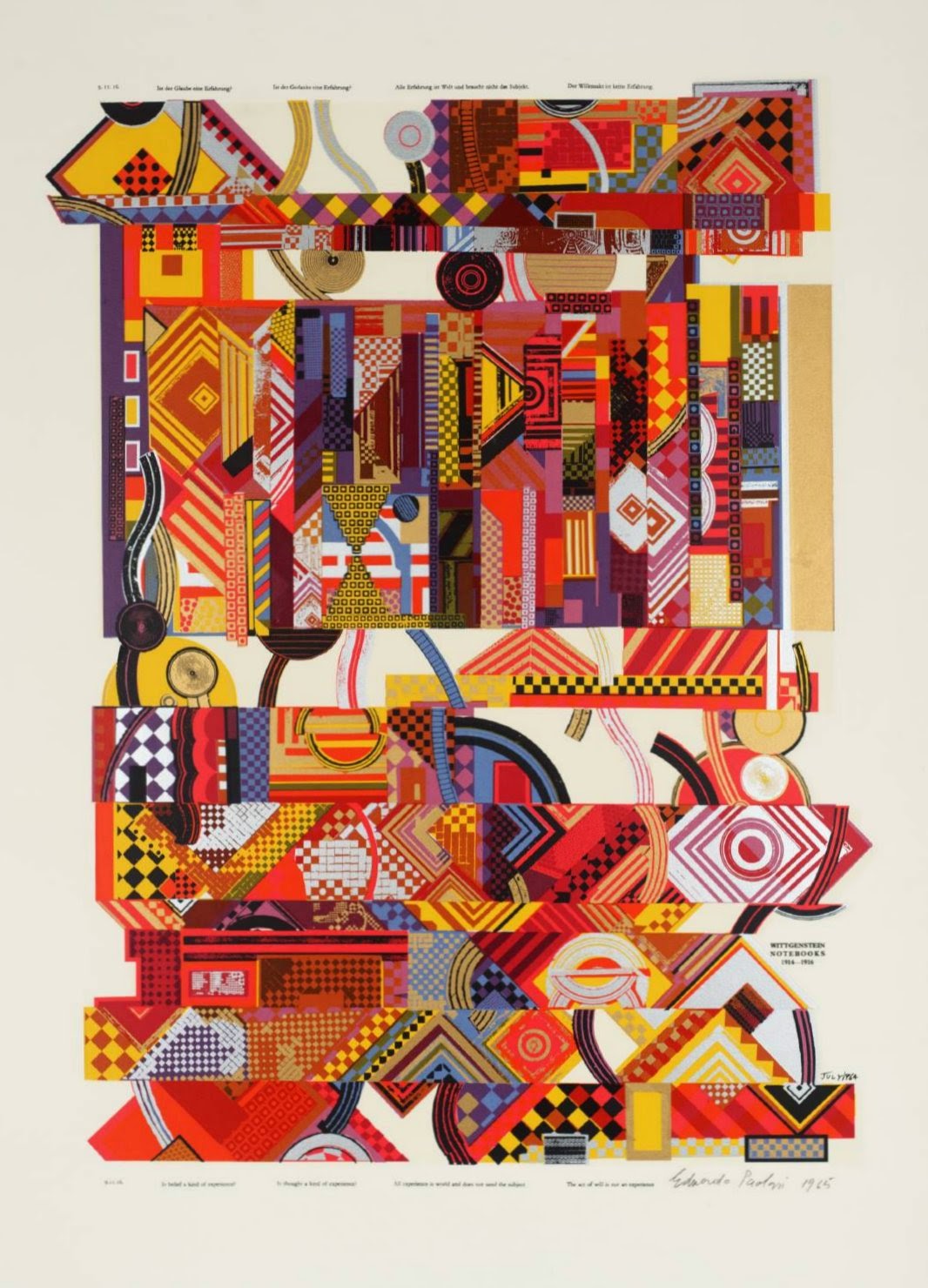 In her book, Eduardo Paolozzi, Diane Kirkpatrick says of Experience:


What is the artist’s subject? ‘The world is all that is the case’.  ‘The structure of the proposition “depicts a possible combination of elements in reality . . .”’  ‘All experience is the world and does not need the subject’. In the print, the visual pattern is a series of horizontal strips, each filled with an intricate and richly varied collection of pattern fragments. The patterns appear to blend, shift and even oscillate backward and forward in space.  They might be visible thoughts, symbols for experience unlimited by a finite physical subject.


Diane refers to the viewer not simply perceiving a visual image, but undergoing a distinct, physical experience, (like, for instance, an electric shock), triggered by the work – something I have encountered most markedly by standing in front of one of Bridget Riley’s very large paintings.


Paolozzi used elements from Artificial Sun in creating the Tortured Life collage and subsequently cut up a proof of that print into horizontal strips on a guillotine and re-collaged them together again to make Experience, while bromides of the same image became soldiers’ uniforms in a later sheet, (Wittgenstein the Soldier).
Five prints from As Is When still hung in the kitchen of his country home in 1980.  Among them Tortured Life and Experience were the sheets that he said had given him the most pleasure from among his many graphic works.  ‘These are the ones I like best,’ he said in 1976. ‘These are ones I keep looking at.’

Paolozzi closely identified on a personal level with Wittgenstein – he once referred to As Is When as a ‘combined autobiography’.  A major element of this was a mutual feeling of cultural alienation in Britain – Paolozzi with his rural Italian heritage, in Leith, and Wittgenstein from high society Vienna, in Manchester, Cambridge and London.  Against the grain of much of the fashionable thinking of their times, both Paolozzi and Wittgenstein considered their work to be matters of activity rather than abstract thinking/doctrine.


Geographically, Paolozzi seems to have been especially interested in the Italian monastery at Monte Cassino, midway between Rome and Naples.  It was here that Wittgenstein was confined as a prisoner-of-war during World War 1. Paolozzi’s father had come from the village of Viticuso which is less than 10 miles east of Cassino.


Although born in Scotland, (1924), Paolozzi was interned during World War 2 and his father, grandfather and uncle were lost at sea as a result of a U-boat attack en-route to Canada.  This may well have given Paolozzi heightened empathy with Wittgenstein in respect of his family tragedy – three of his brothers committed suicide.  Wittgenstein himself contemplated the act, especially at times when he felt disgust for the milieu of his occupation and way of life.


Wittgenstein felt that his ideas were generally misunderstood and unappreciated in his time. This underlying theme was perhaps Paolozzi’s main reason for identifying – and here depicting – Wittgenstein’s as a tortured life.


The texts in Tortured Life are from Georg von Wright’s writing on Wittgenstein:


Wright, one day in a trench on the eastern front while he was reading a magazine in which there was a picture of the possible sequence of events in an automobile accident.  The picture, he said served as a proposition where parts corresponded to things in reality, and so he conceived the idea that a verbal propo


sition is in effect a picture.  By virtue of a similar correspondence between its parts and the world.  In other words, the structure of the proposition ‘depicts a possible combination of elements in reality, a possible state of affairs’. The Tractatus


The proposition: ‘There is no hippopotamus in the room at present?’ When he refused to believe this, I looked under the desks without finding one; but he remained unconvinced.

One other aspect of Tortured Life is Paolozzi’s interest in the Laocoon – a Trojan priest most notably depicted with his two sons in an ancient sculpture located in the Vatican.  The priest is shown fighting off an attack by sea serpents.  Paolozzi apparently especially liked the strong visual dynamic of the sculpture and saw it as an iconic paradigm of human struggle.

One of the components for the collage is the chequer pattern used on the box for Cox’s gelatine – something locally and topically familiar to Paolozzi, and making a nice contrast with the exotic aspects of a deceased Austrian philosopher and high art involving an ancient Trojan! 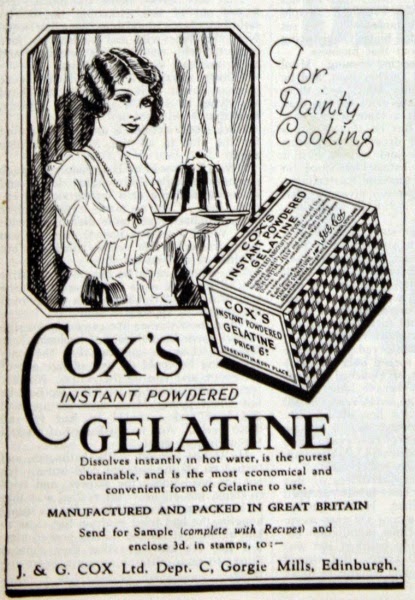 Here is the print: 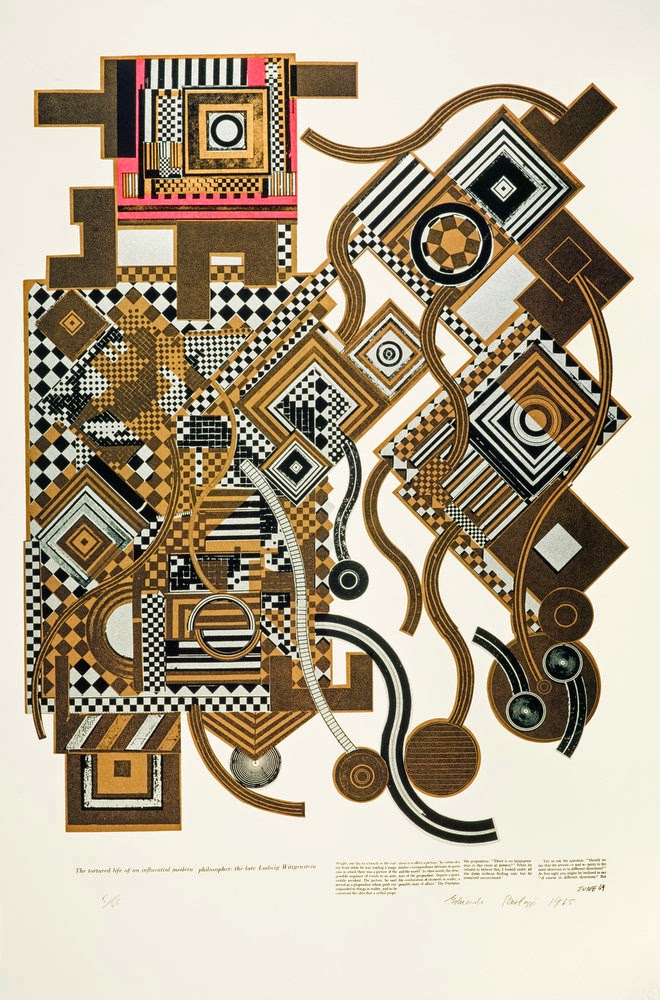 And this is Paolozzi’s sculpture, Wittgenstein at Cassino: https://www.flickr.com/photos/harryhalibut/6045613167/in/pool-paolozzi

And his sculpture, Towards a New Laocoon: